There’s a feeling of helplessness that overcomes us when our dog is in pain. Watching them struggle to move, we’d do anything to make them feel better.

Recently I’ve encountered this with my parents dog “Russ”. He’s 11 years old now and started to develop some arthritis. At first it was just some hesitation when he’d move, but then it took him a little bit more time to get going in the morning. Activities he loved became burdensome and he became more sedentary.

A trip to the vet wasn’t as helpful as my parents would have liked. An x-ray showed osteoarthritis, although not bad enough to think about taking severe courses of action. The drugs available had a long list of side effects that the vet didn’t think were worth it at the time. Instead, she recommended some lifestyle changes to help alleviate the pain.

This along with some alternative methods has made a dramatic difference in his life. And made my parents much happier knowing they wouldn’t have to deal with that feeling of helplessness. Below are some tips that they’ve used along with some others I’ve come across while researching online.

As Russ began slowing down, his appetite didn’t. Over the years he managed to put on some excess weight. This wasn’t a big deal till we were told this could make the pain worse.

The first step was reducing his food intake. This wasn’t always easy. Russ had gotten used to table scraps my Dad would leave him at the end of a meal. But with a change of diet and some tough love, he began slowly losing weight. This helped tremendously.

To lose the weight, the diet had to change as well. My parents added more raw food items to the diet after reading some suggestions from animal experts. Not only was this supposed to be healthy for Russ, but it would keep him feeling fuller than store bought kibble. They didn’t go all-out, just mixed in some raw meats, fruits, and vegetables. He absolutely love this (even the kale!).

To solve this, there are superfood seasonings available. For instance, Paw Bistro sells a joint support seasoning which can be sprinkled into their daily feedings. And with a bacon flavor to it, they’re going to scarf it up. 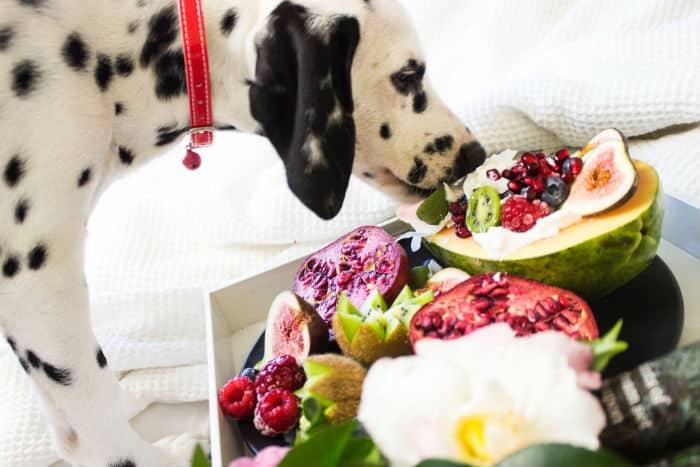 Study after study has found that increasing Omega-3 intake in arthritic dogs can significantly improve their ability to move around. This shouldn’t be terribly surprising as we’ve found similar evidence with humans.

Adding Omega-3 fat to their diet shouldn’t be too difficult. There are a number of supplements like hemp oil you can purchase that can be added to their meals. Whole fish, phytoplankton, and New Zealand green-lipped mussels are just a few foods that are packed with this essential fatty acid. Russ scarfs down some cooked salmon twice a week (yes my parents spoil him). Not only does this help with the joints, but it gives dogs a real shiny coat.

For those desperate for natural solutions, there are different herbs that you can try. Some are backed with scientific research, while others are mainly anecdotal. Below are a few I’ve uncovered in researching the topic:

Ashwagandha – Also known as Indian Ginseng, this herb has been used for a long time to help treat a number of ailments. There have been some studies that say it has anti-inflammatory properties and can be useful in reducing joint pain.

Turmeric – This member of the ginger has gotten so popular in the pet market that many major food manufacturers are adding it to their “Senior Diet” offerings. Not only has it shown to have anti-inflammatory effects, but also prevent cataracts and aid in digestion.

Boswellia – Commonly known as Indian frankincense, this herbal extract has been used for centuries in the Far East in alternative medicine. Many people swear by it not only for their canine, but themselves.

Cayenne – No you aren’t going to feed your dog hot chili peppers. This comes in an ointment that you can rub on their painful areas. The main compound, capsaicin, is known to block pain and increase circulation in the affected area.

Alfalfa – This is a nice long term aid for easing arthritis discomfort. Crush up the dried herb and sprinkle some into their pet food. Be sure to buy the organic brand (or grow it yourself in the garden to save money). Make sure you do not feed them the seeds which can be toxic to your pet.

Pamper Them With a Massage

This is probably not the cheapest option available, but many people swear by it. There are animal massage therapists and acupuncture specialists that claim they can help. These help increase circulation and flexibility. Plus who doesn’t love a nice massage?

This is something that worked well for my parents. With the help of their vet and a pet physical therapist, they worked out an exercise routine that helped. Staying active in a safe manner is absolutely vital.

If you’re unsettled with pumping your dog full of steroids and NSAIDs that have side effects, it’s worth looking into some of these alternative options. The sooner you get started, the faster they can find relief. Letting arthritis go untreated could lead to surgery or even needing to put your pet down if the pain becomes too much.

As with any changes with your dog, make sure to research thoroughly and go over it with your veterinarian. 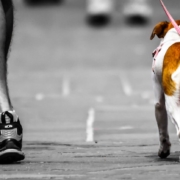 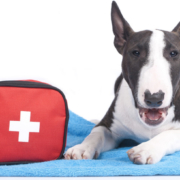 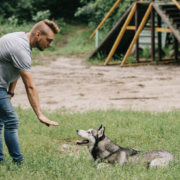 Maybe it is Time for a Dog Trainer

Dog Safety with Toys and Clothes 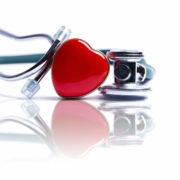 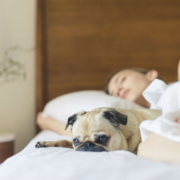 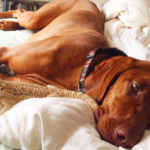 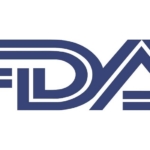